The idea to create EFI was born out of a meeting between Amaury de Saint Blanquat, a French businessman who has been living in Cambodia since 2003, and Madam Lim Lina, the founder of CIS – Canandian International School.

After the opening of a pilot kindergarten class in January 2016 with four students, EFI began its first school year proper in August 2016 with 42 students divided between 6 classes from nursery to the third grade.

The school hasn’t stopped growing ever since, both in terms of the number of students, and in the scale of our academic project.

The inauguration of the campus extension that EFI shares with CIS will mark a new stage in the development of the school. 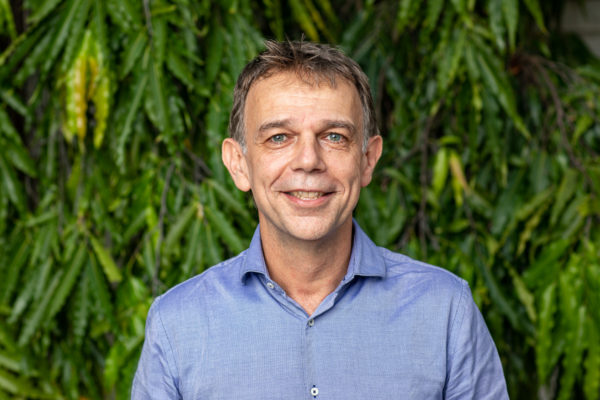 Why have you founded a French bilingual and international school in Phnom Penh?

The choices on offer in Phnom Penh in terms of education did not meet the expectations of French families, French-speakers or international expatriates. Between them, many wished their children to have the chance to master both French and English (and indeed other languages), and this called for a truly multilingual education, an option that no longer existed in Phnom Penh. These families, who are all immersed in different cultures, are also searching for an option that is more innovative and better adapted to their international lifestyles. We hope we complement the existing options that are on offer.

In what ways is EFI’s project innovative?

EFI’s academic project taps into methods based on proven international practices. Our teaching staff have worked to take the best of various systems (French, English and alternative teaching methods) in order to develop a quality bilingual education, adapted to an international context while remaining integrated with the French academic curriculum. It is also about respecting each student and their talents and differences, and giving them the means to adapt and to develop to achieve their potential.

That last point seems to be particularly close to home for you?

Yes, as I am a former dyselxic, just as my three children are, and so I was able to experience to what extent the French system could be efficient when students blended perfectly into the mould, but how badly adapted it was for `different” students. Everyone has their own way to learn and not respecting the particularities of certain children can be destabilizing or disastrous for them. Schools must be flexible and caring, especially when it is established abroad in an inter-cultural setting.

When abroad, the expectations of parents tend to be a little different…

Indeed, it must be acknowledged that sending a child to school abroad is more expensive than in France. As a result, parents are even more likely to dream of a school that proposes innovative and flexible academic methods, and an optimistic learning environment that takes into consideration the needs of their children, thanks in particular to the establishment of low-enrolment classes where differentiated education becomes possible.

How did this project come to fruition?

Thanks to a meeting with CIS, the Canadian International School. I suggested my project of establishing a French international school in Phnom Penh to them. Their reaction exceeded my expectations: Not only did the management immediately get on board with my idea, but she also offered me to share their magnificent campus with brand-new facilities in the middle of the city. It is a fantastic opportunity to put into practice an idea that had been forming in my head for a long time. I am familiar with the French education system as, from 2010 – 2012, I served as president of the Association of Parents of Students at the French high school René Descartes in Phnom Penh, and as president of its board of directors. From this rich experience, I was able to understand the workings of a French school abroad from the inside, and I was able to measure what worked and what did not.

Is CIS, the partner school, just hosting you?

No, not only. In addition to its two campuses at Koh Pich and Bassac Garden, it also shares its academic projects with us. This collaboration has been established on a very good basis, thanks in particular to the great professionalism of CIS’ management, who understand the stakes of this partnership and fully support us. It is a great opportunity for us. Both school work hand in hand.

We provide an education in accordance with the French National Education programs in order to ensure continuity in the pupil’s curriculum so that they can integrate into any French school in another country or continue their studies on French territory. However, even though we align ourselves with the teachings of the French National Education, we nevertheless adapt it to the particular context of expatriation, bilingualism and a multicultural environment.

What is EFI today?

EFI as of 2018 is 8 bilingual classes from nursery to grade 5, with more than 100 students registered for the new school year in September 2018, in total representing 22 nationalities and 17 languages. Our school community is therefore very international.

Tell us about EFI’s infrastructure?

Logistically, our partnership with CIS is fortunate as we can benefit from their two brand-new campuses: at Bassac Garden for the youngest children and Koh Pich for the older ones, with the two campuses located close to each other. They are equipped with sports facilities – outdoor and indoor – playgrounds, a swimming pool specially adapted for young children, a huge and exciting library/media library, an IT lab, a school restaurant and a cafe. The buildings there are spacious, comfortable, convivial and calm. The learning environment is truly exceptional. Those who have been able to visit these facilities have all been impressed. I urge parents not to hesitate to ask us to visit the campuses.

Is the school’s project not a little too ambitious?

One must be ambitious for our children and want the best for them. This project poses a certain number of challenges, whether it’s the academic plan, finances, logistics etc. But the team that has come together to take on these challenges is very qualified and invested. We are ready to carry this project forward, which will see EFI grow each year by adding new classes.
Page load link
Go to Top