EFI offers its students an introduction to a third language from the age of 4, ie. from junior kindergarten onwards.

Our school has chosen to offer Khmer, the language of our host country, and Chinese Mandarin, a language widely used in Asia. Families can choose between one of these two languages for their children. Both languages are taught by native speakers for three periods per week. The goals of learning either of these languages is to introduce the children to the language and also its cultural environment. In Middle School, in addition to Khmer and Mandarin languages students can also choose Spanish and take Latin as an option. 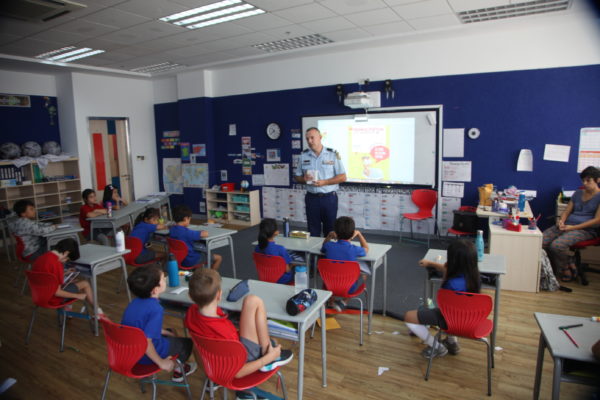 Firstly, a strong command of the two first languages of the school, French and English, is absolutely necessary before a child commits to learning a third language. Our teaching staff are therefore careful that students have already achieved the goals of learning French and English before learning Khmer, Mandarin or Spanish. If a need to progress in French or English is identified by the teaching staff, we suggest that families remove their child from the 3rd language and get them to focus on catching up in French or English. Our educational structure allows for this flexibility to suit the needs of the children.

Khmer, Mandarin and Spanish classes at EFI has put in place responds to the learning needs of students who are not already fluent in the third language. This introduction is not suited to native speakers.

If you have any doubts about the possibilities of your child taking one of our early learning language classes, we recommend parents get in touch with our pedagogical team.